The Trans Tripping Point or Loretta Lynch is like our Auntie 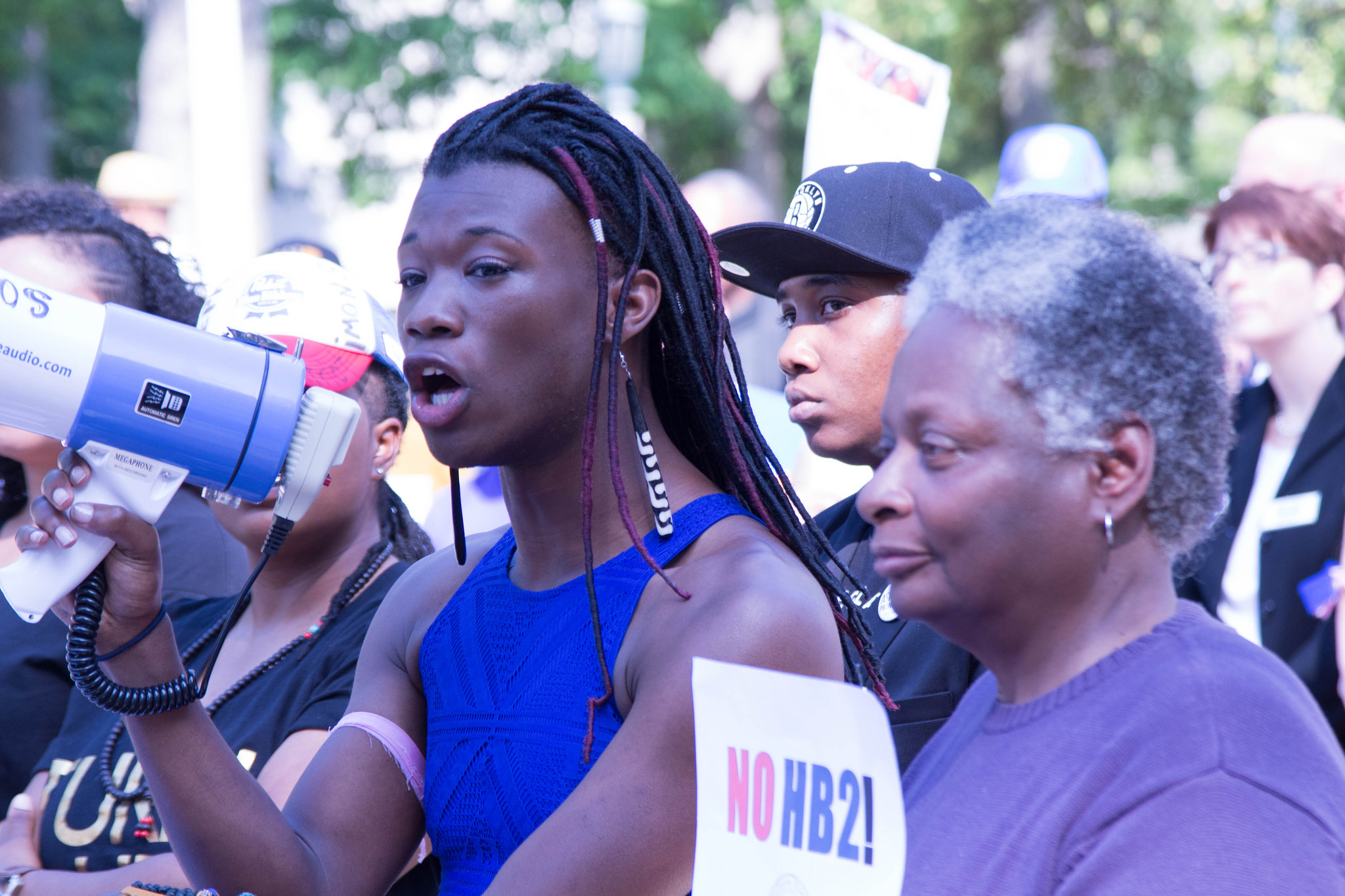 “To the transgender community, President Obama and myself want to say we see you and we will do everything in our power for you” -U.S. Attorney General Loretta Lynch

Me: Yes, I’d like to schedule an appointment with Ms. Lynch. I have some demands from my community. We’re trans…Yes, I’ll hold…

This is the status I posted to my Facebook immediately after viewing the Department of Justice’s historic statement on the North Carolina law most widely known as HB2.

“Before every meeting, I’m playin’ that clip of Loretta Lynch and just slidin’ the demands across the table.” A fierce translatina comrade of mine replied, “Yesss. #ListentoLoretta.”

We said these things jokingly but many in our community really want to elect Loretta Lynch as honorary transgender person of the year. It’s scary that we as a community place so much of our salvation in a justice system created to keep us complacent at the bottom of the pyramid of success. It is scary to see trans folks that will not come out to community events, the only place where we physically recognize power in each others’ eyes but who are praising a government employee of a federal agency that has not always stood on our side.

On the flip side, I get it. We, particularly as Black and brown trans folks, are routinely used as wedge issues rather than seen as leaders of a diverse community. So when Loretta Lynch, a Black woman with a silver tongue, looks directly into the camera and tells us what we’ve longed to hear, we get emotional and want to forgive everything. Black trans love is forgiving, but it don’t forget.

“This is why none of us can stand by when a state enters the business of legislating identity and insists that a person pretend to be something they are not, or invents a problem that doesn’t exist as a pretext for discrimination and harassment.” – Loretta Lynch

The public chooses Caitlyn Jenner over Jennicet Gutierrez. For the same reason, Loretta Lynch on behalf of the Obama Administration, made a historic address directly to the trans community when trans folks are still being rapidly deported and detained. So when Loretta said, “We will do everything in our power to protect you moving forward,” gurl, it’s time to grab your purse and leave the table. They playin’ games with our lives.

Like my SONG comrade Salem Acuña wrote, “[I am] holding the complexity and the historical moment simultaneously.”

It is apparent that we have not reached gender justice when people are mourning Prince, yet rallying in North Carolina in support of House Bill 2 as a fight in defense of “common sense” and for protection from “men in dresses”. Prince, y’all. PRINCE. And people are worried about “men in dresses”. We are indeed at a trans “tipping point”. Let us tip towards liberation from patriarchy. Let us fight for men in dresses, too.

SONG’s membership collective is made up of lesbian, gay, bisexual, transgender and gender non-conforming folks (TGNC). We are also workers. We had to fight back because this is not just about individual TGNC public access but about the continued oppression of working and working-class people, whom are also TGNC. HB2, specifically, was rushed out of fear and ignorance of the very community it disproportionately impacts. That fear and ignorance cannot be legislated away. It takes years of cultural change by many fronts of people.

“I’m here for Attorney General Loretta Lynch’s clapback presentation of the DOJ statement. I’m just not so enamored by having my gender “seen” as to forget there were 2 other parts of this bill unexamined (the anti-worker policies). And unfortunately, those aren’t even the most insidious parts about this whole situation…but best believe whatever wins come are won by organizing, whether it’s on the courtroom floor or the dancefloor. Organizing will set us free ‪#‎VisibilityIsNOTenough ‪#‎WeCameToSlayHB2”

Mickyel “Micky” Bradford is the regional organizer for TLC@SONG. She is a magical Black transfemme and army brat, born in Germany yet raised in North Carolina, Kentucky, and Georgia.