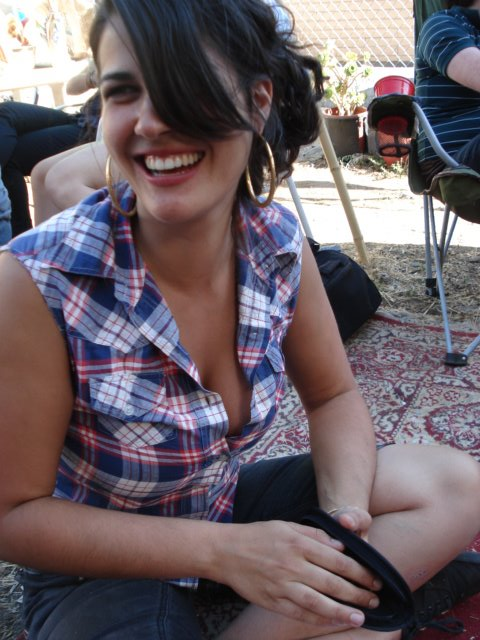 Jade Brooks grew up poor in a small forest city in the Northwest. Her people are white immigrants (Eastern European Jews and bohemian French Catholics) and the Quakers who were among the first to colonize stolen indigenous land in Pennsylvania. She found her way South 7 years ago. She fell into great luck to attend SONG’s North Carolina Organizing School in 2009 and then fell in love with the work. Jade helped to organize against Amendment One with All of Us North Carolina in 2012 and then with SONG’s Free From Fear campaign in Durham for the last 2 years.  She’s all the way fired up for campaign work that builds movement and people’s power. An anti-Zionist Jew and member of the organization, Jewish Voice for Peace, Jade helped to lead a boycott, divestment, and sanctions campaign against Durham County in North Carolina to drop a contract with Israeli-apartheid profiteer and private security company, G4S. She loves girls, camping, books, bookstores, poetry, radical publishing, hot summer thunderstorms, and making shameful pop mix CDs.