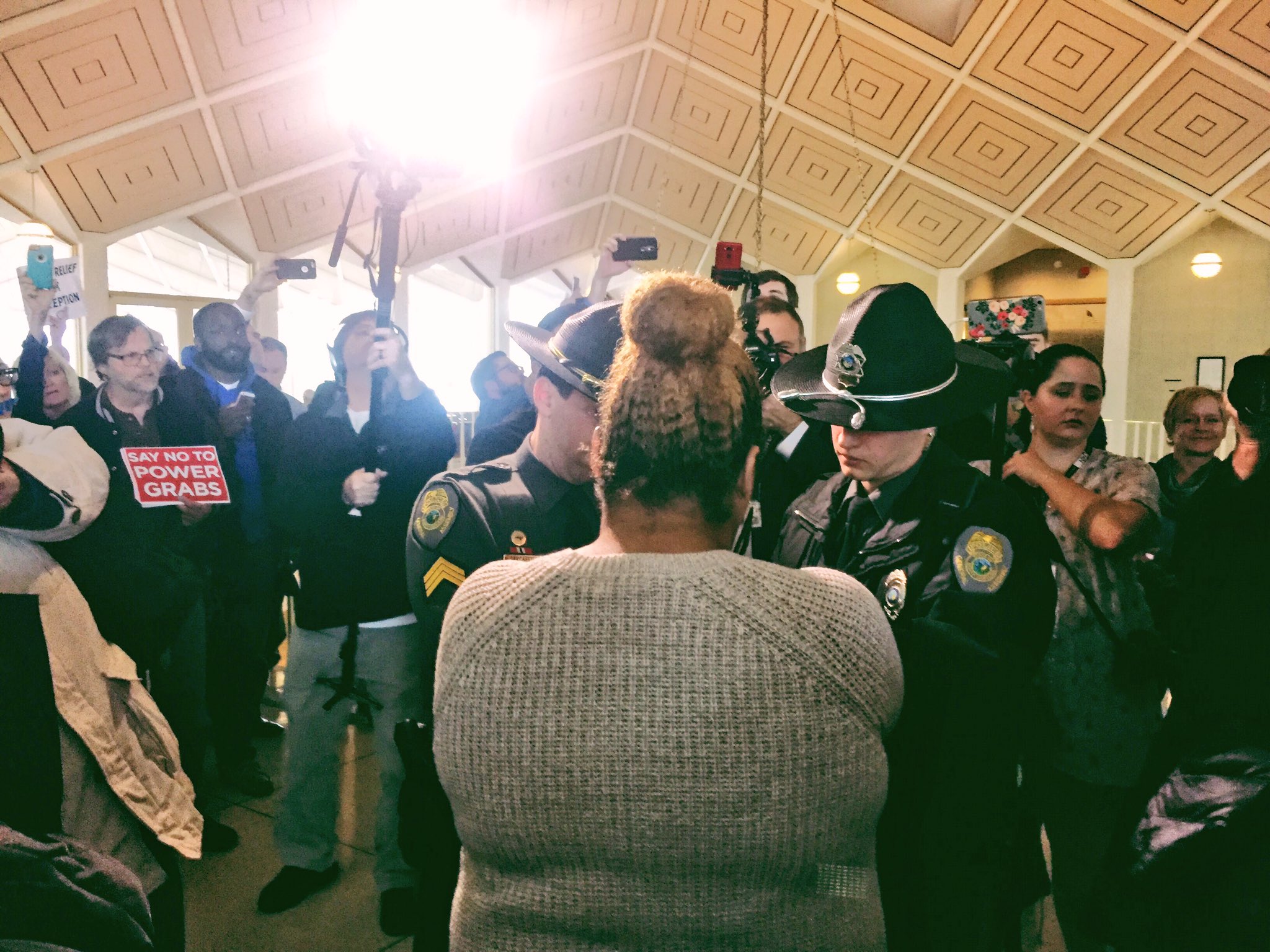 Last week in North Carolina, we witnessed the latest right wing Southern coup. During an emergency special session on “hurricane relief efforts” called for by outgoing Governor Pat McCrory, who was ousted by popular demand (cough, the election), right wing leaders of the NC General Assembly found a new low. They forced an extra special session to bulldoze through legislation — deliberately without warning or public input — that will dilute and neutralize the power of incoming governor Roy Cooper. The legislation takes away the governor’s control over Medicaid, the ability to make appointments to the boards of elections, removes oversight over colleges and universities, and moves the hiring and firing of many state government appointments out of his control.

Make no mistake: these are the actions of a politically desperate oligarchy, the few in control bending the will of the many. The leadership of the NC General Assembly ignored the shouting from their own constituents in order to illegally expand their power. That’s how they got here:  by breaking with federal law to redraw racially biased voting districts in order to strategically suppress Black votes. And in this coup, they have de-legitimized themselves even further in the eyes of the people.

Make no mistake: they are working to build a new confederacy. They’ve come for Black college students, attacked immigrants and refugees, curtailed access to abortion and vital healthcare throughout the state, and championed the disastrous anti-trans, anti-queer, anti-worker HB2. Their actions make clear they want our people living in fear or dead and gone from this state.

North Carolina is a testing ground for right wing policies that spread across the South and across the country. This time demands grassroots organizing that has to be sharper and stronger than ever. We must walk into the power that is claiming our rightful place as the leaders we need and deserve to build a South that is pro-poor, pro-Black, pro-immigrant, pro-choice, pro-trans, and pro-queer. All power to those who have put their bodies on the line through civil disobedience this past week in North Carolina to resist this Carolina Coup. It’s going to take all our grit and muscle, all our ground game, more of us woke, angry, and coming into the struggle from the sand dunes to the blue-grey mountains and every county road in between.

Got a few dollars to give towards justice work? Click here to donate to SONG!