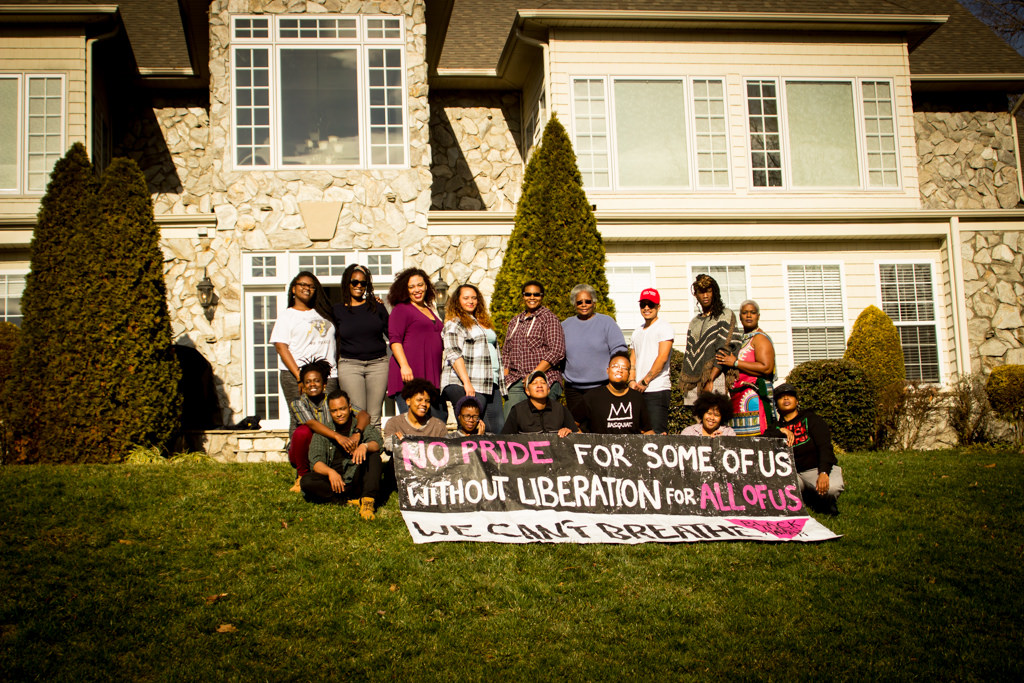 What is the North Carolina BLM Cohort?

The North Carolina Southerners On New Ground (SONG) BLM Cohort is a leadership project for Black queer, trans, and gender non-conforming identified organizers and emerging leaders within North Carolina. Through this new cohort, SONG seeks to develop, sharpen, and strengthen of a body of leaders across the state of North Carolina. Member leaders in the cohort will love on, support, and lift up Black leadership and fortify our connections to each other. We will work to build trust and alignment, so that we can move powerfully together and in our hometowns toward Black liberation in our lifetimes, in our state. Now, more than ever, we need each other and we need to lift up Black leadership.

Member leaders will contribute to a roster of skillshares, build an ongoing circle of support, and engage in shared work together. As a cohort, member leaders will anchor and support local Free From Fear work in key areas across the state. At the local level we seek to build bodily autonomy and reproductive justice, implement the demands of the Movement for Black Lives Policy Platform, and grow our collective resilience. Members of the SONG North Carolina BLM cohort will participate in regional SONG membership convenings, and work in coalition and alliance with the Movement for Black Lives.

For three days, from January 13-15, we gathered 11 cohort members for the first time at Lake Norman, just outside of Charlotte, NC. Flanked by SONG regional membership and staff, we spent the weekend team-building, developing shared analysis, assessing leadership skills, and planning for the next six months of work together. One highlight of our time together was a visit from SONG Co-founder Mandy Carter, who grounded us in the legacy of SONG’s work in North Carolina over it’s nearly 25 year span, and shared insights from 50 years of social justice organizing. We spent time cooking together, singing, drumming, and learning from the wisdom of our resident Medicine Woman, Kifu Faruq (also a cohort member).

This is a time in which I feel that it’s crucial for us as Black people to step into this era with as much in our revolutionary toolkit as possible. Growing up in a predominantly white area in some of the most conservative states in the country, I have watched as the understanding of the complexity and beauty of the Southern organizing machine became reduced to mere moments, slivers of what was. While I still admire the ancestors who did get to have their stories told, it is important- I think I would even argue necessary- to place ourselves within a context that goes against the narrative of the public.

Being relatively new to organizing, I’ve been questioned about what pulled me into this work.  Reading books, listening, and watching everything I could, I began to piece together my own version of the narrative, where these brilliant black people, the ones who survived everything thus far, could fight back, and were winning, not just because they had skills or smarts or money, but because they were right. I grew up wanting to live up to this legacy, to make future generations look back at the time I lived in and be inspired to take a stance to fight for revolutionary and radical love and freedom for all.

Multiculturalism and the intersectional organizing in a multiracial organization is always a complex conversation, and learning how to center people most at the margins has come with breaking down what that truly means to not just understand whiteness and the realm of it, but also breaking down what these terms mean for organizing in spaces where most people don’t have access to that information. SONG, being a multiracial organization, has brought people into this space while also centering Blackness and what it means to have something just for us, which is a special relationship that I don’t think can compare to anything that I have experienced.

While I believe that organizing with more than just Black people is important for liberation and for creating a world in where we can see a structure that not only accepts us, but has an active interest in us as people, I desperately needed a space just for us

The first weekend we had was one where we came together from different parts of the South, and took time to know what it means to invest in ourselves. This cohort is a black autonomous space, and seeing how our blackness shows up in different ways for each person gave hope. This is a time in which a lot of the work we do is heavy, and often doesn’t give space for love. Having the space to both learn and enjoy each other was a space that I found truly beautiful, and I believe that this brings more of an emphasis towards us as a Black community and what we are fighting for. We’re fighting for the big things, but also for those pockets of music, spirituality and radical self-love.