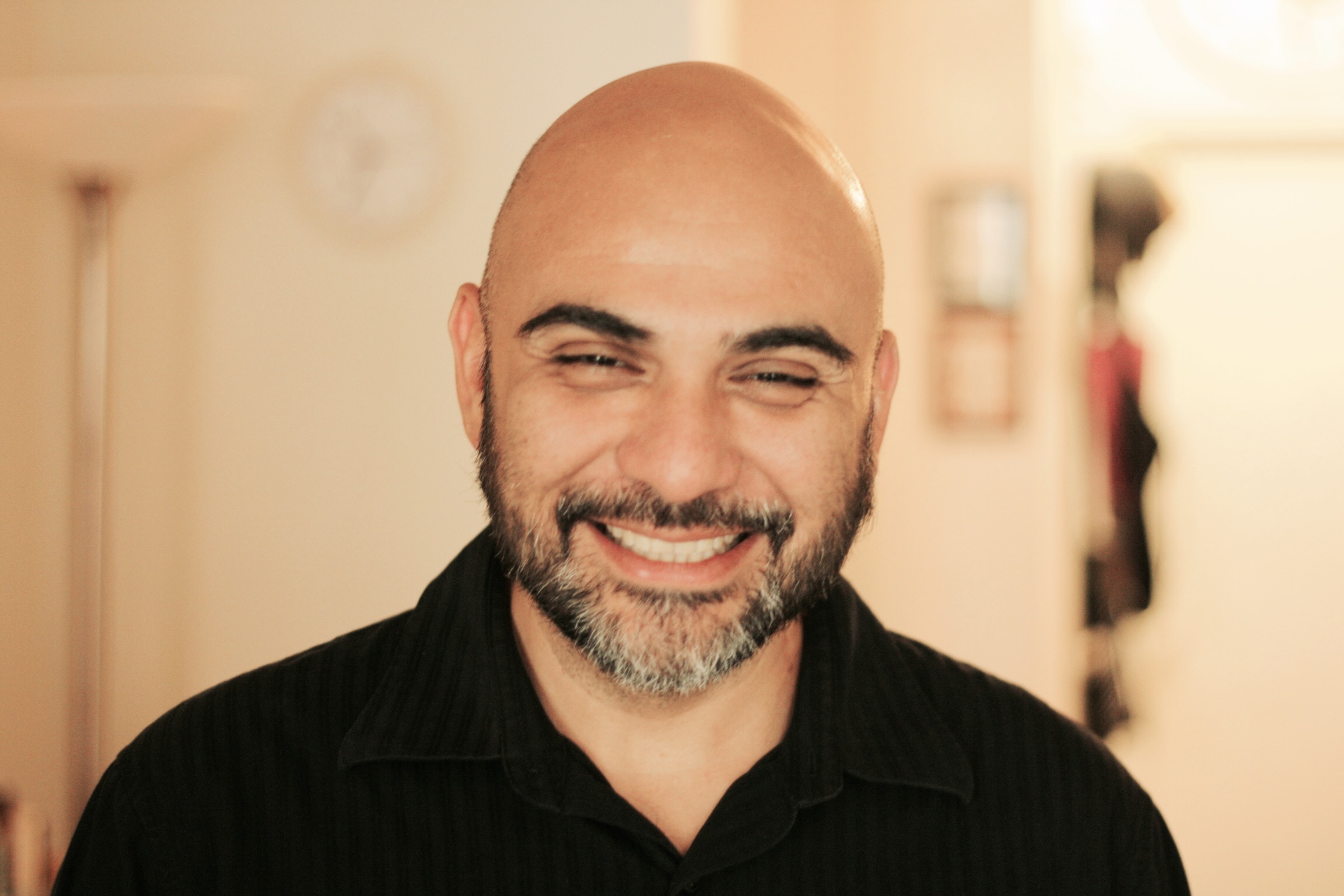 The SONG origin story is well known to many. In 1993, three Black lesbians and three white lesbians came together against the backdrop of the first Creating Change conference ever held in the South, in Durham, North Carolina. They saw a need. The South continued to be undervalued—and under-resourced—by the progressive left. Meanwhile, the Right so recognized its importance as a region that the political plan they have been working for the past 50 years has come to be known as the Southern Strategy.

These six lived and worked in the land of Jesse Helms and Strom Thurmond. They presaged the impacts that the North American Free Trade Agreement would have on the Southern economy, from the loss of jobs to the unprecedented influx of immigrants that would eventually shift the racial (in)justice paradigms in the South. There was a relentless chipping away of the gains made in the areas of voting rights, sex-based discrimination, and bodily autonomy. It was the height of the AIDS crisis, with thousands dying alone in hospital wards and turned away by funeral homes. They saw the multitude of needs, and started to fill them.

For twenty-six years, SONG has continued that work in the South. Criss-crossing the region and sleeping on couches to find our queer kin in the small and rural towns. Holding convenings, big and small, to break isolation and come together for collective joy and political education. Making connections between factory workers, farmworkers, and the drag queen who works at the local gay bar in an effort to build political power.

SONG put out the call, and our queer kin responded with political and material generosity. Folks showed up for queer campouts, listening tours, and organizing schools. We brought more radical queerness into progressive spaces and a feminist race and class analyis to the mainstream LGBTQ sector. We rose up to defend and fight back when our communities were threatened by the state in the form of legislation (North Carolina’s HB2 bill) or policy (immigrant persecution and detention). And we did these things while always holding the line on sexual liberation and gender sovereignty. That is to say, we embodied resistance, and looked sexy doing it.

SONG found me in 2005 while I was working at the Highlander Center in East Tennessee, and it changed my life forever. True, SONG became my political home, a place where bringing my whole self meant bringing not only the political identities of a queer Latinx from a working class immigrant family but also the identity of a journeyman switch Daddy. My more immediate recognition, however, was that of “home” home, a place where I had been waited for, where I am pushed to be better without being shamed, where there is grace for my shortcomings without being coddled, and most importantly for me, a place that on the daily embodies the politic that the struggle is a collective effort in the service of a collective liberation.

I was invited to join the Board of Directors in 2007 at a crucial time in SONG’s history. The two-person staff was winding down a post-Hurricane Katrina listening tour of the South. Among the questions posed in their travels was “What would have been important to have in place the day before Katrina hit?” The overwhelming response set up what would be our political North Star for the next few years: “A cadre of experienced, skilled organizers in the South ready to hit the ground running.” We were now in strategic planning mode.

The next five years were a time of experimentation, successes, and failures as SONG staff, members, and board endeavored to build a political home and organizing shop that was worthy of our people. How do we level up in our political analysis and in our organizing skills? How do we move beyond direct action mobilizations to running campaigns? What exactly is a campaign? How do you know if it was successful? So many questions and so many lessons learned in the pursuit of the answers. Two of the most consistent lessons were 1) be brave enough to take risks, humble enough to admit when we got it wrong, and generous in sharing the lessons when we got it right and 2) NEVER sleep on our people. As ancestor Mama Nayo of Durham, NC, reminded, “Everything we need is in our bones.” This collective wisdom poured in from everywhere: Southern organizing OGs, long-time SONG family, newer members, and comrade organizations in and beyond the South. Also critically, it came from a small, dedicated, mostly part-time staff of seven doing the work of building the membership and the organization. Everyone offered ideas, lessons learned, and principled critique. They pushed us when we were not rigorous in our thinking or too comfortable in using the same tactics. They kept us grounded and reminded us why SONG came to be and of the sacred covenant we have with our people.

In 2015, SONG started preparing for a series of transitions in organizational leadership, structure, and capacity. I was asked to pivot my service to the organization from a board role to a staff position, as Deputy Director, in an effort to support these transitions. A year later I transitioned to the role of Interim Co-Director and in January 2018 stepped into the role of Co-Director alongside Mary Hooks. After four of the best years of my life, I will be stepping out of the role of Co-Director and SONG staff at the end of the year. My last day will be December 15th.

When I stepped into the leadership role in 2015, I had never served as a Director and didn’t appreciate all the hats that are required of that position: political vision and direction, fundraising, being the face of the organization, working with a staff of varying skill sets and political positions. It took me a while to get oriented, and eventually, I came to the realization that what I could best offer my political home was to build and strengthen the organizational infrastructure that would allow and be able to hold its growth.

In the last four years, SONG has tripled its budget and the number of staff, who now live in five states. We bought a warehouse/office space to hold member meetings and offer as a resource to movement for convenings in the South. We got ourselves a bus for taking folks to convenings, the polls, and the occasional night out at the drive-in theater. We are able to offer staff health insurance. These infrastructural achievements translate into increased capacity for our political and organizing work.

Some of the work it allowed to manifest:

I offer the above examples not to promote SONG exceptionalism or as a showing of my accomplishments while in leadership. I offer it because I think it is important to name what can be and is accomplished with an organization that has a clear political vision, concrete organizing goals, and a strong operations arm to carry them out. There can be honest and principled debate on the dis/advantages of the c3 structure and nonprofit industrial complex. This is the structure that SONG is currently using to move its work; it may not always be so. The paramount question is and should always be “How are we moving toward freedom?” In answering that question, we pick the tools and structures that best propel that movement, while remaining adaptable and willing to discard them when they are no longer useful.

What cannot be debated is the need for solid, resilient organizations in this political moment of a barely disguised march toward an increasingly authoritarian state and the heightened persecution of and violence against Black, trans, immigrant, Muslim, Jewish, queer, and women-identified folks. Organizations that are constant, intrepid, discerning, and prioritize collective liberation over bragging rights or ideological orthodoxy are critical to building a mass movement. This requires a willingness to hold the contradictions or outright differences in liberatory ideology, political posture, methodology, and structure.

There are certain political touchstones that have defined SONG for me since the beginning: the importance of multiracial organizing in the South, bringing a strong class analysis to the work, and giving equal importance to sexual liberation and gender sovereignty. Through doing this work and the political generosity of many over the last 14 years, I have learned to consider all of the above through a Black feminist lens and to rigorsouly interrogate what it means to have an abolitionist politic. The deepest lesson, and the one I hold closest to my heart, is “to be transformed in the service of the work.” Sometimes this came as a callback to be humble. Sometimes as a reminder that prioritizing the collective good means letting go of my agenda. Sometimes it was a “We’re gonna sit here and work this out and let me tell you about yourself.” For all of those gifts, I am forever grateful.

Mad respect and appreciation to SONG’s working board for years of devoted stewardship. To staff—past and present—for grinding everyday doing the work of making SONG a political home worthy of our people. To the past Co-Directors, for a decade of laying the foundations on which we continue to build. To Co-D número uno—Mary Hooks—for taking a chance on building with me and for all the things I’ve learned about leadership by working with you. And most importantly, to SONG’s members, for showing up and showing out in towns big and small across the South, claiming and making space, and modeling what it means to be in our dignity.

In love and struggle,
Roberto