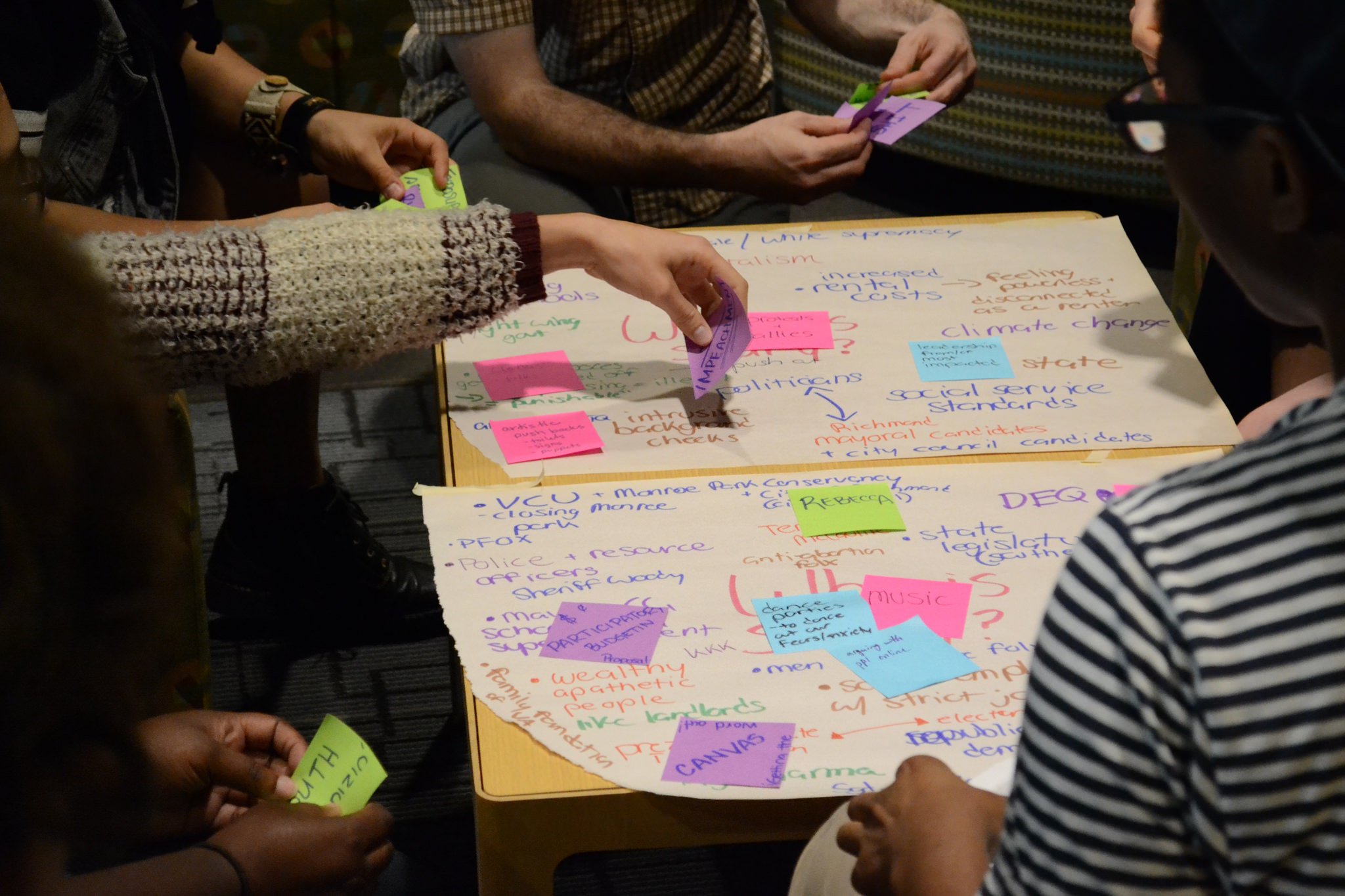 At SONG, we’re more committed than ever to playing a role in helping to support emerging LGBTQ leaders in the South. Throughout our 23 years we’ve maintained that creating space for Southern LGBTQ people to enter a political home is critical to our movement’s survival. Leaders need a space for understanding conditions and patterns, building analysis, organizing, and practicing the art and alchemy of being in political family and building culture, power, and resistance together based on our shared vision. From this space, we grow the work of liberation. Please join us in welcoming:

These three year-long fellows hail from Richmond, VA, Harrisonburg, VA, and Charleston, SC. They are SONG members committed to helping grow and strengthen our Free From Fear campaigns across the region by helping to build local membership and kinship and cultural organizing and campaign strategy.

These two TLC@SONG legal interns are with us for the summer and will be providing much needed direct legal assistance to transgender community members in the South through litigation, legal research and writing, and educating community members about their rights.

Our three summer interns (one courtesy of the CLPP Reproductive Rights Activist Service Corps) are already well on their way to providing SONG with much needed daily infrastructure support that helps keep SONG running and our membership connected together. They are helping us with communications, fundraising, programmatic work and more!

Micky is a Black queer and  genderqueer activist born in Ft. Lauderdale, Florida, but has called Richmond, VA, home for over 20 years. He began organizing with SONG, and a lot of other organizations, in Richmond working to stop the building of a baseball stadium over a slave burial ground in Shockoe Bottom. In 2015, he also worked with a few organizations in Richmond to raise awareness of #BlackLivesMatter and the unjust deaths of black folks at the hands of the state. Since then he found a passion for organizing and helping to make sure marginalized voices are not only heard but included at the table from the very beginning.

Micky has spoken on many different panels at the University of Richmond, Virginia Commonwealth University, and for different organizations about their experiences as a Black queer and trans organizer. He has also created several workshops, individulally and with SONG Richmond, to explore ideas around community care, revolutionary love, what it means to “pass” as a trans person, non-binary identities, and more. He has recently done some organizing work with Raise Up for $15, and is currently working with the LGBTQ+ Safety Advisory Group at Virginia Commonwealth University to create a series of trans-affirming police trainings.

Micky loves graphic design and dreaming about building a safer, beautiful, more affirming world for trans and queer people of color to not just survive in but thrive in.

(ansley) Pope is a Black, queer, transmasculine person born and raised in South Carolina. Though he was born in the small town of Aiken, the move to Charleston in 2012 gave him deeper understanding of organizing. This understanding was found within Girls Rock Charleston where he was an organizer for two years. During this time he also has found a political home within SONG over the past three years. He does work in which he can see and address how all oppression is connected in a way to build love, understanding, and power across race, class, sexuality, and gender. South Carolina is a place he has considered home his whole life and he is ecstatic to be able to move work that can make the South a place that is homo sweet homo for all queer and trans people.

Everett is an Orlando, Florida, native and a transgender man passionate about creating a more inclusive environment in the legal profession and the South. Everett is a rising third-year law student at Emory University and serves on the Executive Board of Emory OUTLaw, an organization committed to advocating for LGBTQ issues both on and off Emory’s campus. Recently, Everett was selected as a Victory Empowerment Fellow, which seeks to expand the campaign skills and policy-making power of LGBT leaders of color. Everett is also a subject in the HBO documentary SUITED. SUITED follows a range of people on the gender spectrum living bravely in their own skin. Having received his undergraduate degree in cello performance, Everett is an advocate for the arts and presents recitals when not studying for law school. Everett is excited to contribute to the work done by TLC @ SONG this summer.

Rachael Floyd is a queer (and proud!) undergrad with way too many life plans and a lot of unread books on her nightstand. She is a Senior at Agnes Scott College pursuing a B.A. in Religion & Social Justice.  Rachael was born and raised in Atlanta and is committed to investing her time in the future of the South and the liberation of queer folx living there. Her family would describe her as “a massive pain” and ” entirely too radical”. She likes those descriptions very much.

Bia Jackson is a Black queer feminist originally from Richmond, Virginia, with roots in Louisiana. She currently attends James Madison University, where she studies Communication Studies and Women and Gender Studies. She is passionate about eliminating power structures that hinder voices and opportunities for marginalized people specifically in the South. She is excited about stretching into her new role while embracing the SONG collective.

Madison Johnson is a queer Black artist, writer, and activist from Columbus, Georgia. Madison is currently an undergraduate student concentrating in American Studies and researching representations of queer and trans black folks in the history and literature of the U.S. Southeast. Madison is involved in on-campus black and LGBTQ activism and QPOC community building, and they are incredibly excited to be a part of SONG’s work this summer.

Victor s a first year Posse Scholar at Hamilton College, currently double majoring in Africana and Environmental studies with a concentration in philosophy. He is interested in the ways that colonization and enlightenment philosophy have lead to environmental degradation. As a chicanx queer nonbinary transgender man, he believes that the personal is political, and that every privilege offers opportunity to help elevate marginalized voices in speaking power to truth. He began community organizing at fourteen, and is ecstatic to build power with SONG this summer! In the future, he hopes to attend law school and continue to work for intersectional liberation.