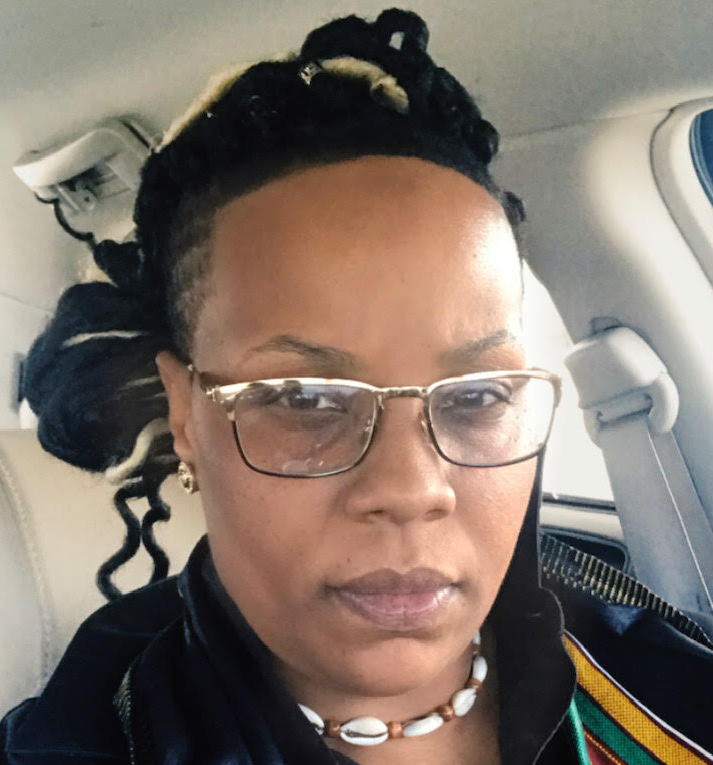 Lisa is a Ancestress, Sex Doula, Metaphysician, Minister, life coach, SONG’s Regional Bailout Coordinator & Case Manager, an Antagonist of the system, and a Spiritual Gangstress amongst other things. Born and raised in San Francisco CA. She loves black people because she grew up being nurtured and taught by black people struggling through oppression. She struggled her whole life in the same systems of oppression and she believes that one of the many reasons she’s here is to be a voice for the people, her people, that can’t speak for themselves.

Lisa was brought into SONG through the Black Mama Bail Out Action. She met Mary Hooks after her release from the jail. When she met her, she answered a calling on her life to fight for black people being abused through the same systems that abused her. The trauma that led her to Mary Hooks brought her into the work. Lisa wouldn’t be living in her purpose if she hadn’t met Mary who introduced her to the amazing SONG crew. She’s always ready to be a shit starter for her people… so let’s start some shit!

“If you don’t love the people, sooner or later you’re going to betray the people” – Nehanda Isoke Abiodun