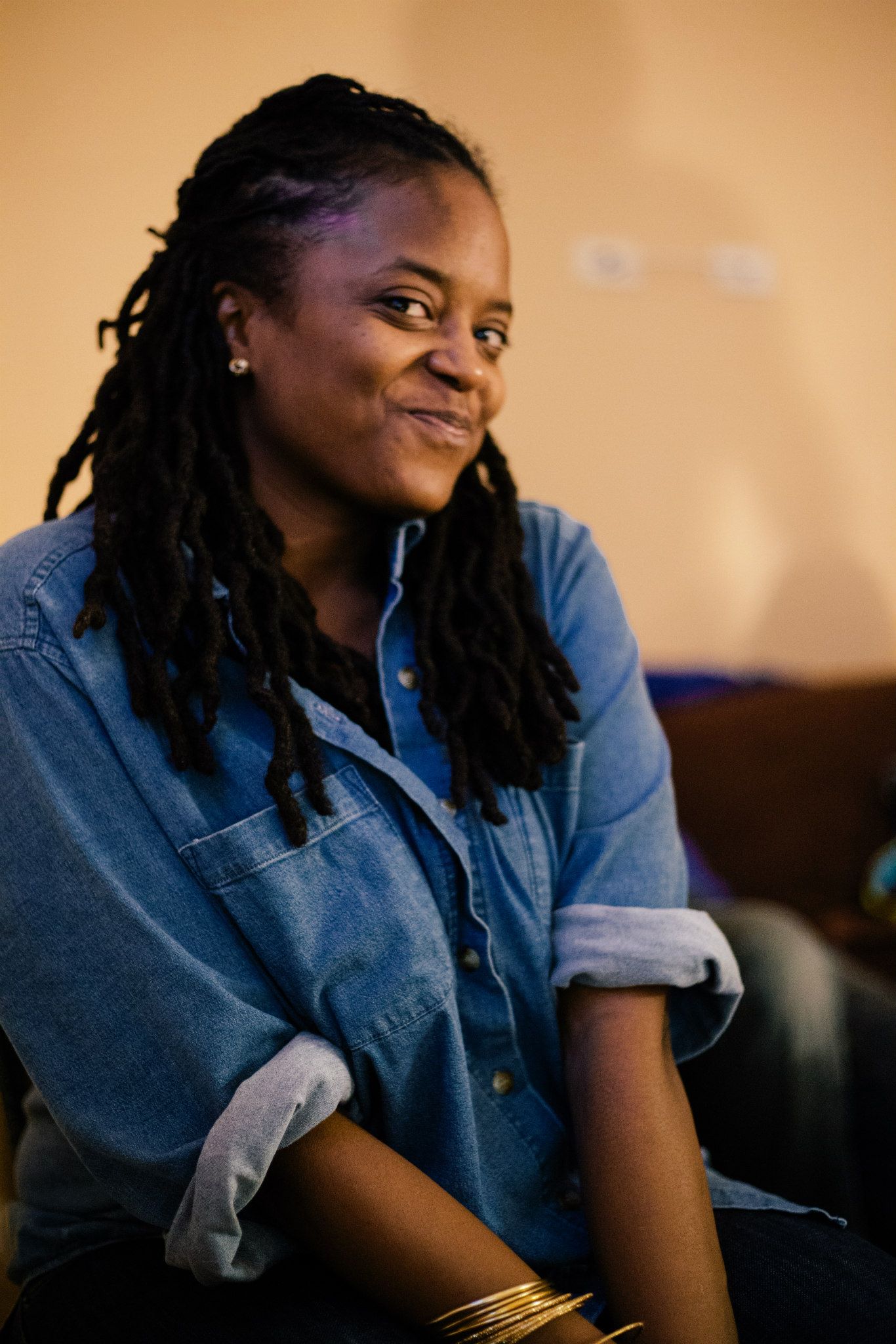 Dalene Davenport is a native to Atlanta, Georgia, and is naturally a peach at heart. She was raised as a conservative church girl but always knew there was more to learn than what was taught to her in the church. While her interests for professional growth span a wide range, she ultimately decided to study nursing at Chattahoochee State College.  After taking several classes Dalene determined that wasn’t the mark that she wanted to make on the world.  Although she wasn’t sure of exactly what field she wanted to pursue, she was clear that nursing wasn’t it. Along Dalene’s journey of figuring out how she wanted to make an impact on those around her, she met Mary Hooks the co director of SONG. Mary introduced her to SONG which lit a fire inside of her. It was there that she discovered where her talents could be used and It’s as if she grasped a new understanding of her blackness and the struggle of so many others. Dalene fell in love with the people and the movement, which eventually lead to her becoming a part of the SONG family.