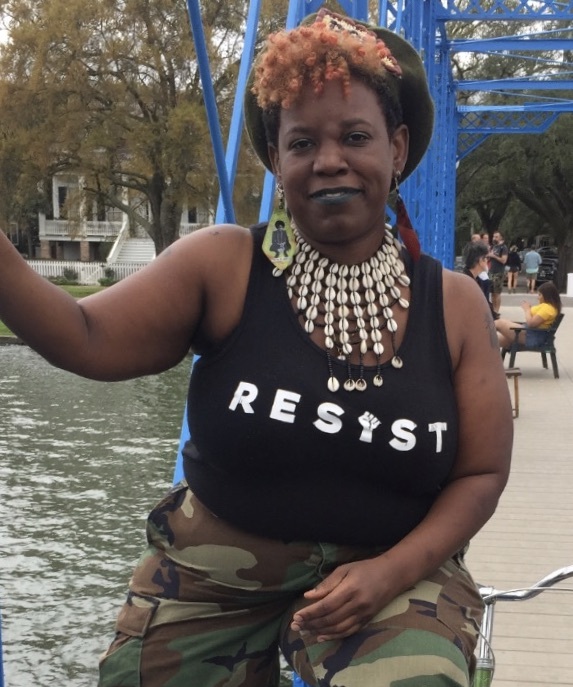 Aesha Fadeelah Rasheed is a healer, ritual worker, organizer, and hard femme born in Oklahoma who has made a home in New Orleans for 20 years. Over the decades, she has launched and led numerous community support projects including publishing the New Orleans Parents’ Guide to Public Schools, co-founding Morris Jeff Community School, and other efforts to support families and children in New Orleans. She has been a weaver of spaces to celebrate QTBIPOC folks such as Black Brown Queer (BBQ NOLA) – a meet up for queer people of color and Queer Cartography – a history-telling poster project and QISM a space for queer Muslims. Alongside and within movement work, Aesha brings her healing practices as a bodyworker and caster of ritual spaces and is a co-shaper of spirit grove collective of black intuitives doing collective spiritual care work. Aesha is also a former board member and forever supporter of SONG. A writer and recovering journalist, Aesha originally moved to Louisiana in 2000 to work as an education reporter.